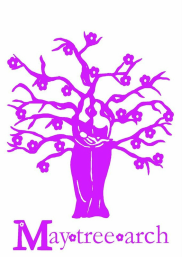 Mothers’ mixed feelings after decision
The Courier & Advertiser (Fife Edition) · 15 Sep 2011
CAMPAIGNERS hoping to retain home births in Fife admitted they had mixed feelings following news that provision will continue for the time being at least.
The initial plan to axe the service provoked anger from many existing parents as well as mothers-to-be extolling the benefits of home birthing.
Such is the strength of feeling over the issue, 10 women descended on yesterday’s operational divisional committee meeting in Kirkcaldy to show their support for the service.
One of those was Marie Buckleygray, who lives in Fife and is mum to two-year-old Fraser and three-month-old Rose.
Marie gave birth to Rose at home and took issue with NHS Fife’s plans to cease the service in the first place.
She suggested the financial argument for scrapping provision outlined by officials in recent months didn’t add up.
Describing yesterday’s outcome as a “victory,” she admitted she still had concerns about what the future holds for the service.
“The costings presented in the report (to councillors) seem somewhat biased and some of the information that was given to the Board is dubious,” she said.
“When this issue was first highlighted, I made a freedom of information request, and alongside my research the information I was given was enough to work out that it costs around £800 per home birth, compared to £1,155 for an uncomplicated, midwife-led unit birth.
“There is a clear difference,” she pointed out, “and there is other research which suggests hospital births are more expensive, albeit necessary in certain circumstances or by maternal choice.
“NHS Fife also said the demand for home births is going down but the numbers they’ve got is not a true representation of demand.”
Marie claimed many mothers had been dissuaded from opting for a home birth, although health chiefs denied that yesterday.
“When I mentioned home birth, I went from being treated as low risk to high risk within a week of mentioning it,” she said.
“But when I sat down with the obstetrician I was told the likelihood was that everything would go to plan.
“We just want true choice: proper evidence based risk assessments of women who want home births.”
Jane Shevas, from Dunfermline, also had one of her two children at home and said it should be all about a woman’s preference.
She commented: “I think it is a very personal decision but there’s lots of practical reasons for wanting a home birth, such as wanting to keep the family together when a woman is in labour, not wanting to travel — and for certain births it’s actually safer.
“It’s a highly intimate and personal event and women need to weigh up, where do they feel comfortable.”

Julie Dawid, who has just qualified as a midwife from Edinburgh Napier University, was also at yesterday’s meeting and expressed her concerns about the situation.
“The meeting seems to be just about money but some of the costs they have quoted aren’t right,” she said.
“For example, they have taken the cost of two staff at band seven and six, but there’s no requirement to have two such midwives at a home birth.
“It seems to me they have taken the option to highlight what happens on one day and they haven’t explored other options.
“I’m actually really worried that they want to suggest to the Government that the laws and guidelines that have been in place for very good reasons should be changed.
“The decision to keep the service is a really great short-term outcome, but it’s just turned into a long-term situation.
“To try and change the laws of the country to make monetary savings isn’t right and it’s much more appropriate for them to do a thorough review and try to make home birthing more effective.
“Midwives work so hard and do awful hours but they want to support women at home — they don’t get the chance to come out and do this kind of thing.”
https://www.pressreader.com/uk/the-courier-advertiser-fife-edition/20110915/281633891963058 2/2